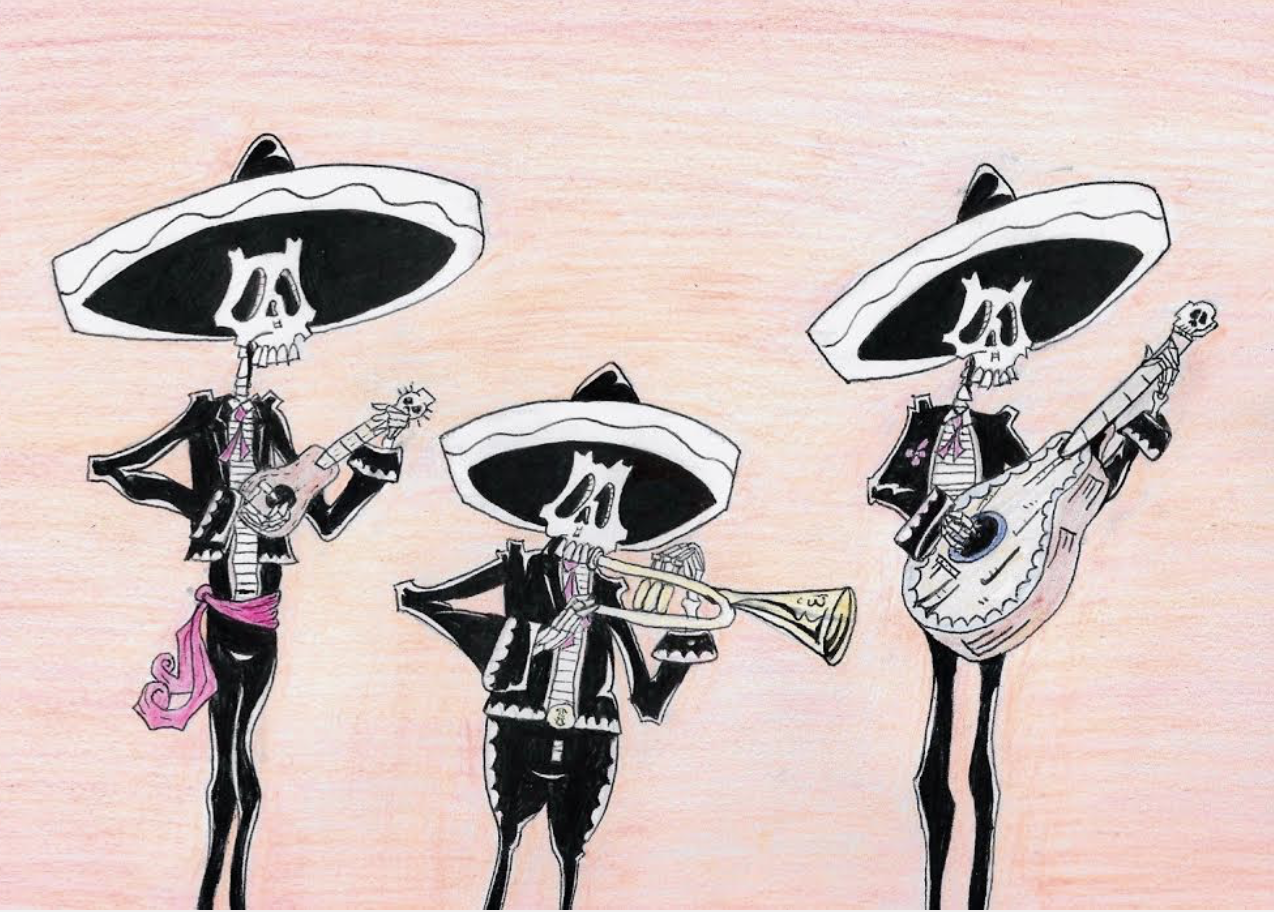 Día de los Muertos or Día de Muertos is a tradition that extends throughout Latin America but is closely identified with Mexico. The native people in Latin America believed that upon death, an individual’s soul did not die, instead, they continued to live on in Mictlan, a place of rest. Then in time, this Hispanic/Latin American celebration merged with the Catholic celebration of All Saint’s Day, Día de todos los Santos and has evolved into the present-day Día de Muertos celebration. Today, death is perceived as a transition from one life to another and the Día de Muertos celebration is a time of communication between the living and the deceased. People believe that the soul of the dead would visit home where he or she resided. It is an intimate, happy, and colorful festival where the dead are honored and the deceased are remembered. The souls of the loved ones are enticed back to celebrate the joys of life and their lives with their loved ones.

Throughout Mexico, altars called las ofrendas, “offerings”, are set up in homes to welcome home the souls of the dead. Home altars are decorated with marigold flowers of the dead, the soul’s favorite dishes such as tamales, tortillas, pumpkin, and mole; candles; incense (copal); toys and other enticements; objects of personal use and usually a multitude of pictures that the ofrenda is for and celebrating. In some instances, a path of flower petals, usually marigold petals, directs the souls to their home altars. Families also go to the graves of their loved ones in cemeteries to celebrate as well. They bring picnics with food for the dead and themselves and reminisce about the lives of the loved ones in the cemetery. There are also parades and festivals in all the small towns and cities in Mexico where people dress up with Calavera Catrina makeup and beautiful black dresses with marigolds and other things to remember the dead with. Families make sugar skulls, Pan de Muertos that resemble skulls and animals as well.

The ofrendas represent a remembrance of the departed, it reminds us that life is eternal and that the presence of the deceased loved ones is everlasting. The ofrendas speak of affection toward the deceased and are on the expression of love towards life.  Altars are traditionally built on October 30th and 31st and are taken down after November 2nd. It is believed by many that the children return first so altars laden with their favorite toys and foods are set out on October 31st. On November 1st, it is believed that the souls of the deceased adults arrive, in anticipation for their return more spicy foods are set out along with other earthly delights such as fruit, nuts, chocolate, and liquor. Since the souls can only delight themselves with the aromas of these offerings, the foods, flowers, and incense are spicy and aromatic. A feast is enjoyed later by friends and family.

This holiday is closely represented in Mexico but the ideas and significance behind this holiday are in a multitude of Latin American countries celebrations around the Day of All Saints and Souls. It is represented in the Disney movie “Coco”, however, it is more than what Disney or other corporations produce for a profit off of these traditions. It is an intimate relationship with death and the deceased loved ones of people in these cultures. We see these similar practices in so many other cultures and countries around the world as well. Even if “Coco” and other products for Día de los Muertos facilitate visibility for Mexican-Americans, these are still sacred and personal celebrations that are an integral part of their culture. Día de los Muertos showcases how Latin American culture has an intense romance with life after death as well as the people from these cultures. Overall, Día de los Muertos to me is an integral part of my identity as a Mexican and Chicanx woman not just a celebration but an indicator of how I showcase my culture and love for that part of my identity to others.